Why Does The US Want To Ban TikTok? Spy Prohibited!

How to Access Bard AI? Say Hi to Google AI!

Fix: TikTok No Views After an Hour in Few Ways (100% Working) 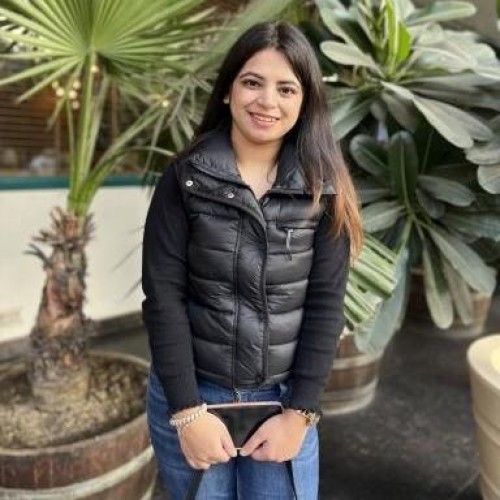 Wait! Why does the US want to ban TikTok? This is a real mystery today. Where all of the TikTok users are drooling over the unlimited TikTok filters and quirky captions, the sudden news by the trio of lawmakers is disheartening. In this article, I will introduce you to a detailed guide on the US wanting to ban TikTok and why.

Where TikTok users drool upon posting view-worthy content on TikTok, a sudden ban is going to affect a bundle of content creators on the platform. The US government has revealed its fear of being exposed on privacy grounds in front of the Chinese government, and that surely calls for a detailed guide on the same.

Run through this article to learn why does the US want to ban TikTok and what the other officials have to say about their decision. You deserve to know in-depth knowledge. Head on for more.

Why does the US want to ban TikTok?

US TikTok Users: What will be your happy pill from now? The news of the ‘US want to ban TikTok‘ has shaken the interests of many TikTok-ers all along.

There is a recent bill presented by Republican Sen, Marco Rubio, and a Bipartisan pair of Congressmen on the grounds of banning TikTok.

But Why does US want to ban TikTok? As per the buzz, US policymakers are imposing a ban on TikTok just so as to protect the data of US TikTok users from the Chinese government.

According to the proposed legislation, it will terminate and prohibit all the transactions being performed in Social Media companies in the US that have a minimum of one million monthly users based under the substantial influence of foreign adversaries, including China, Russia, Iran, North Korea, Cuba, and Venezuela.

Also, read Why is My TikTok Following Page Not Working: Reasons & Fixes!

What Do the US Authorities has to Say About TikTok Ban?

With the sudden buzz of US want to Ban TikTok, many users are losing their calm on what could be the reason for such sudden prohibition.

Keeping the flood of queries in the mind of TikTok users, Rubio said,

“The federal government has yet to take a single meaningful action to protect American users from the threat of TikTok, This isn’t about creative videos—this is about an app that is collecting data on tens of millions of American children and adults every day. We know it’s used to manipulate feeds and influence elections. We know it answers to the People’s Republic of China. There is no more time to waste on meaningless negotiations with a CCP-puppet company. It is time to ban Beijing-controlled TikTok for good.”

TikTok is a company owned by a Chinese parent company named ByteDance and considering such a fact, many federal officials have second thoughts that Chinese Communists part has control over all the Chinese companies and using such authority, they can easily manipulate content and use it for influencer operations.

What Do the TikTok Users has to Say About TikTok Ban?

Well, can any user feel elated with the going of the fun TikTok app? Nah, not happening! With the recent reveal of US want to ban TikTok, one user tweeted:

Whoa, the US just unveiled a bipartisan bid to ban TikTok. YouTube Shorts and Instagram Reels may be about to absolutely explode.”

With this, another tweet came up, “They better not ban TikTok it’s lowkey the greatest app to happen since MySpace.”

Adding on to the conversation, another fun tweet came up, “If they ban TikTok in the US, a LOT of people will have to go outside now.”

Also, read How to See Your Watch History on TikTok on iOS & Android Devices

Watch Why Does the US Want to Ban TikTok

Path of EX is an open space. Come along if you have any doubts and we will get back to you asap.

1. Why Does US Want to Ban TikTok?

US is banning TikTok to protect the privacy of their users from the Chinese government.

2. Are Users Happy About TikTok Ban?

Well, as expected, TikTok users are not dancing in the happiness of TikTok being banned in US. But they are complying with the fact and will probably use Instagram as their savior.

Is Abbott Banning TikTok: Know About Texas Ban of TikTok!

Fix: TikTok No Views After an Hour in Few Ways (100% Working)

How Did Dora Die in TikTok | Odd Trends on TikTok Series Continues!