The Tennessee Titans and Houston Texans will meet in Week 17 for a contest that has a lot riding on it, specifically for the former.

With a victory, the Titans will lock up the AFC South title for the first time since 2008. On the flip side of that, the Texans have a chance to play spoiler, as a Tennessee loss puts them in danger of missing out on the playoffs altogether.

We’ll all have the privilege of watching two of the best players in the NFL at their respective positions take the field on Sunday in Texans quarterback Deshaun Watson and Titans running back Derrick Henry.

Throughout the week, those two players have understandably been a hot topic of conversation among both teams.

Here’s a look at what players and coaches from Tennessee and Houston had to say about Henry and Watson, as well as their thoughts on some other things ahead of Week 17.

Note: All Titans quotes are courtesy of HoustonTexans.com.

From Mark Lane of Texans Wire:

“On the stiff arm, we know that it’s a powerful stiff arm and so basically it depends on when he puts it out,” Crennel said. “If he puts it out early enough you can try to break it down to keep it from being a stiff arm, per se. But, if he’s got good timing with it, which in many cases he does have good timing with it, you’re not able to break it down and then he hits you in the chest, arm, facemask, wherever. That helps him gain yards.” 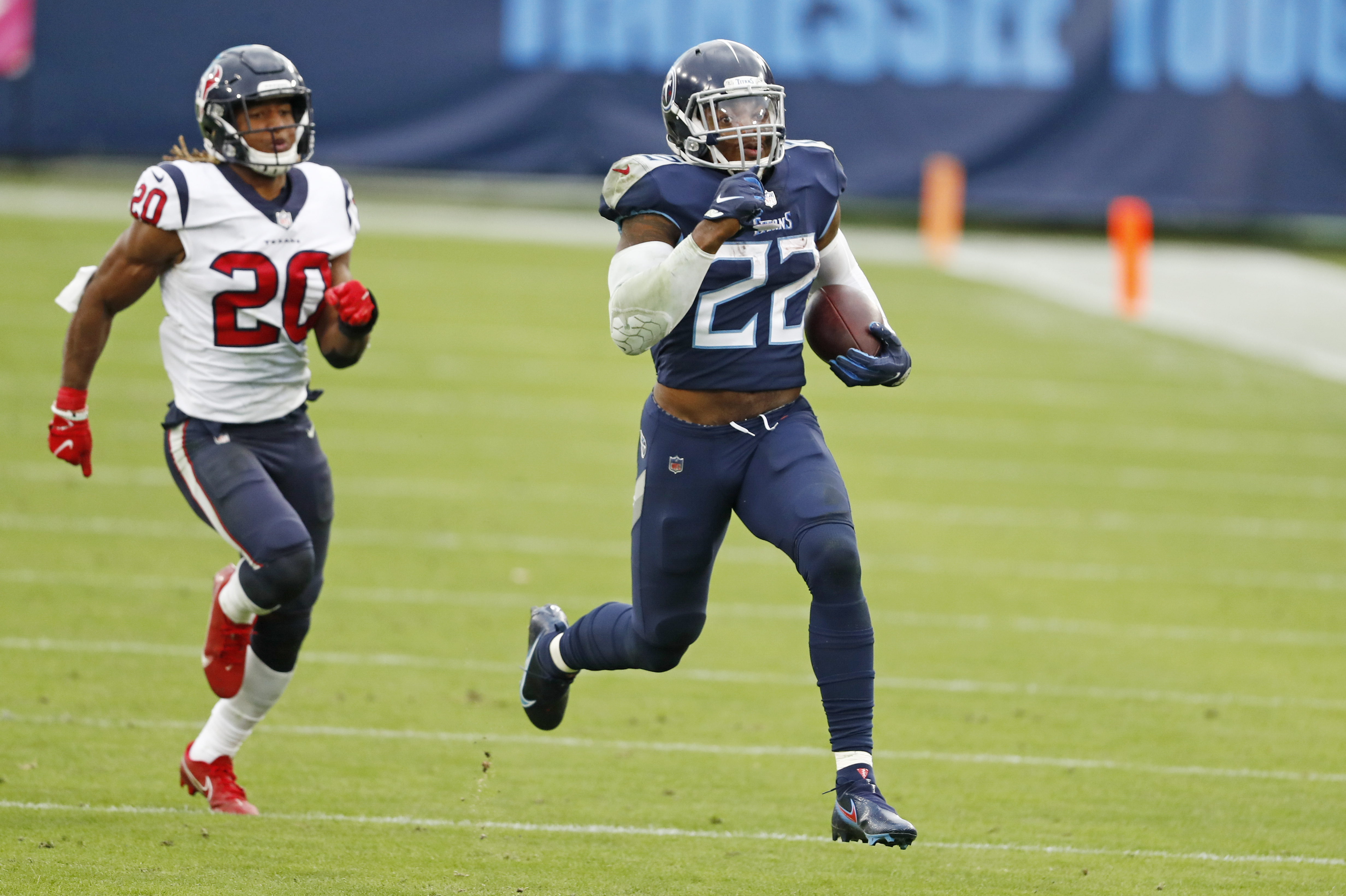 Via Mark Lane of Texans Wire:

“He’s a strong, physical runner with really good speed and the thing to do, is if you can keep him from getting to the second level, then that gives you the best chance to slow him down,” said Crennel. 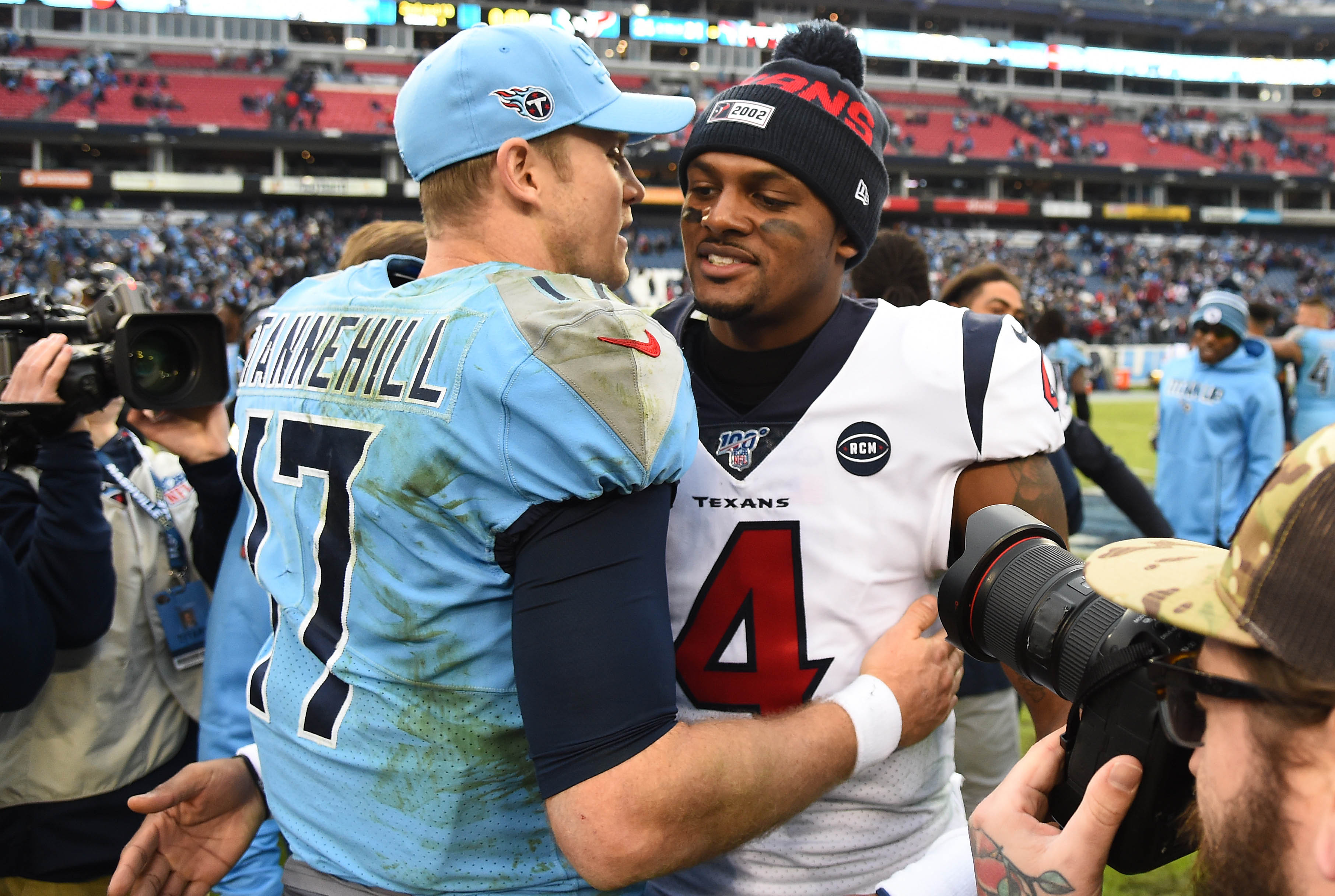 “It has meaning because it’s a division game for us,” Crennel said. “That’s why it has the most meaning. We have the pride of trying to win a game versus a division opponent. That’s what we’re going to try to do.” 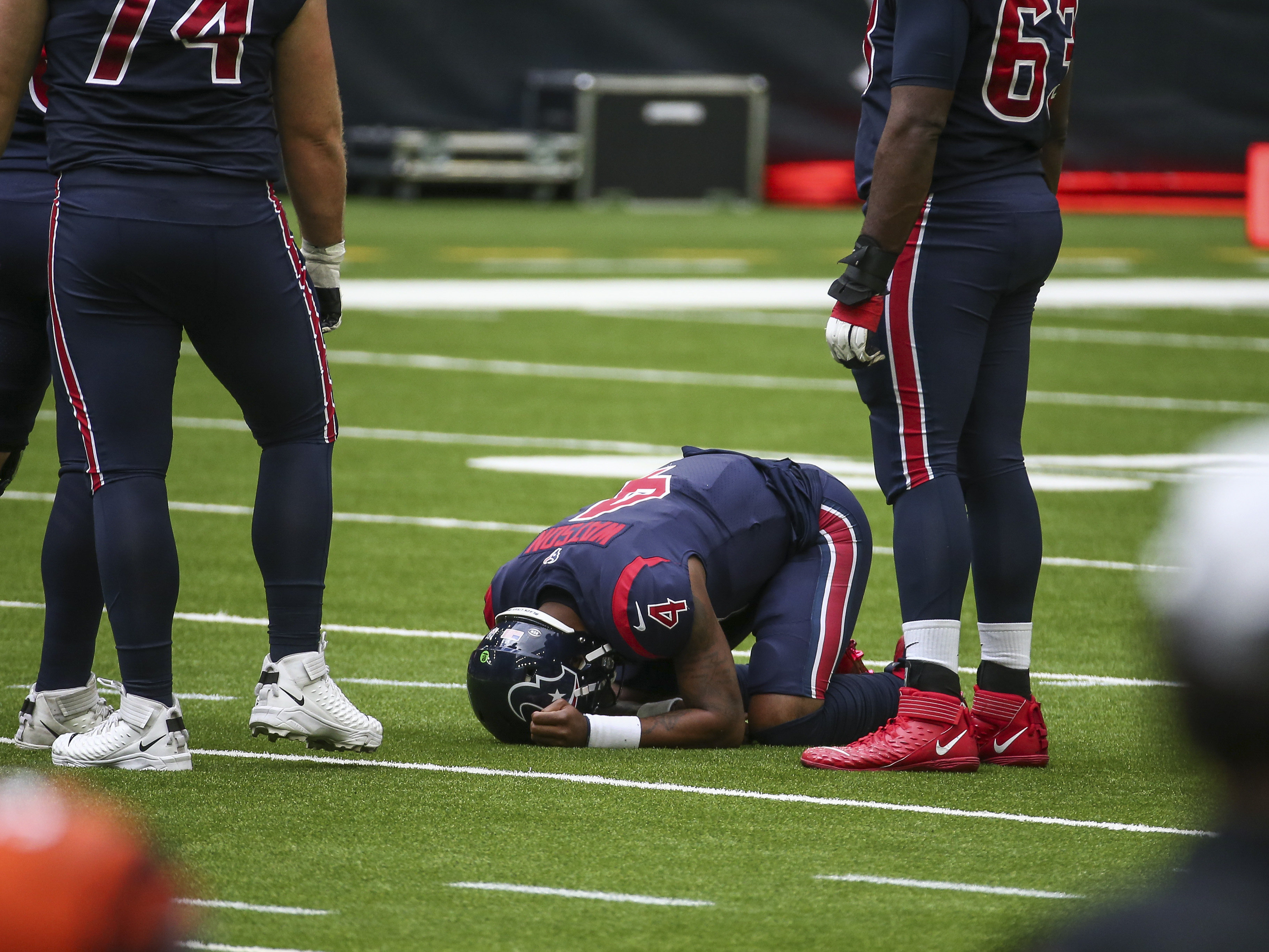 “As far as I know, he’s doing pretty good,” Crennel said. “I haven’t heard that he’s not doing well, and so since I feel like he’s doing good, I hope he does good on Sunday, too.” 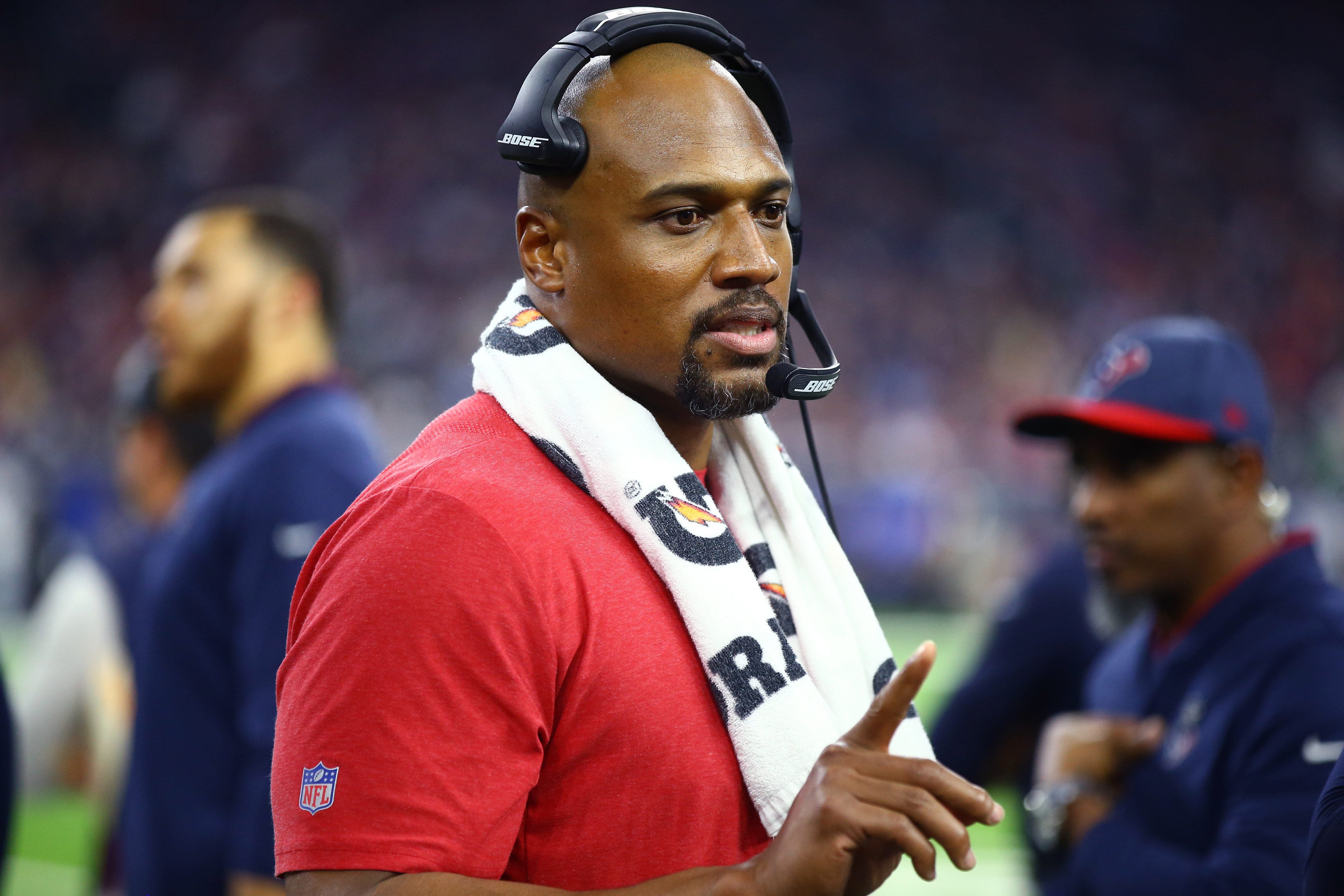 Anthony Weaver on Derrick Henry’s stiff-arm: ‘He’s a dynamic back. We have to do a great job of building a wall.’ 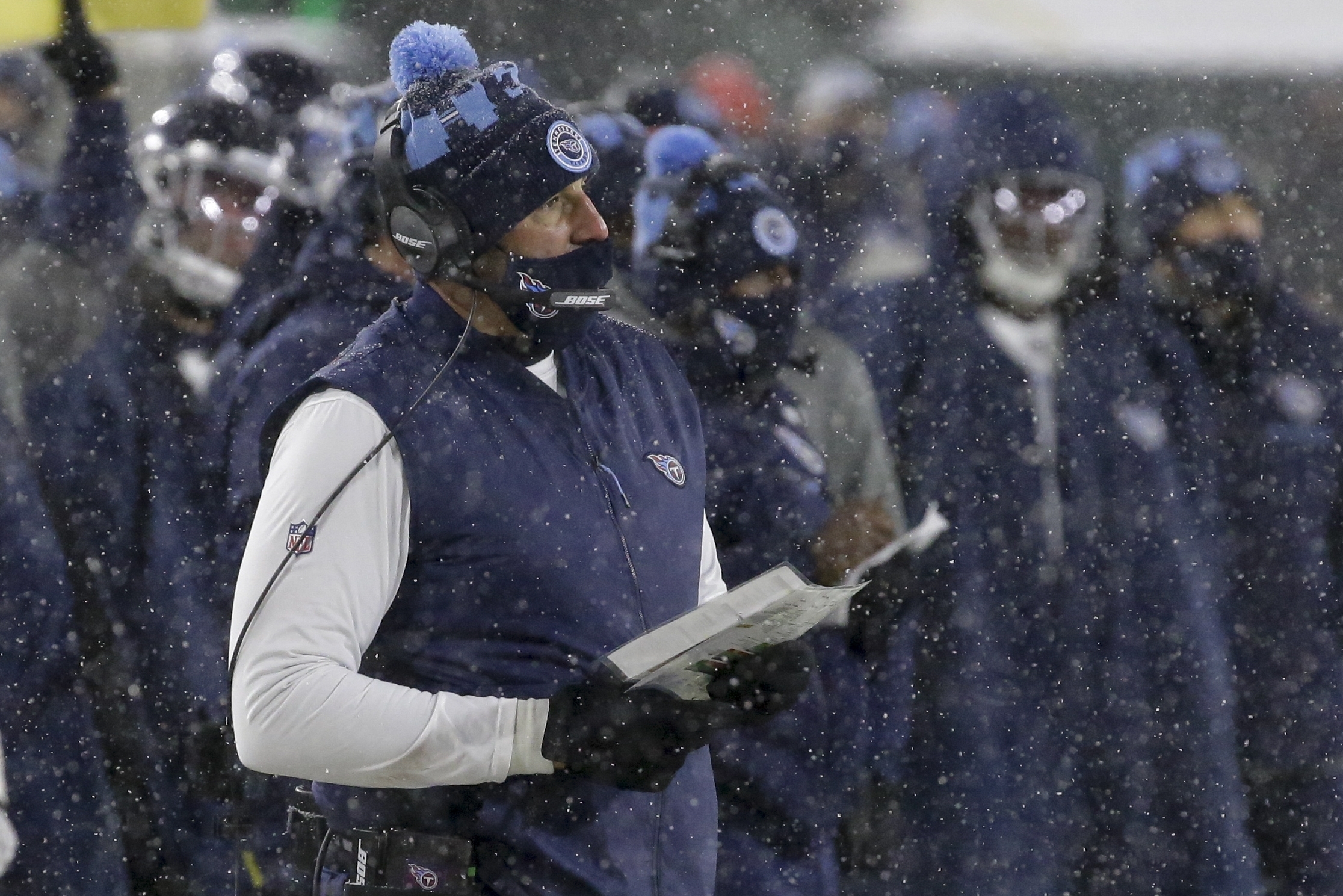 “He’s a fantastic player. We’re going to have to find ways to affect him and disrupt him and be tight in coverage. He’s difficult to tackle in the pocket. He’s got great pocket awareness, great play strength. He can throw from different platforms and arm angles. He’s always looking downfield. If you come out of coverage when he’s scrambling, he’ll throw it and launch it downfield. He’s a fantastic player and obviously we know what type of person he is. Nothing but ultimate respect for Deshaun.” 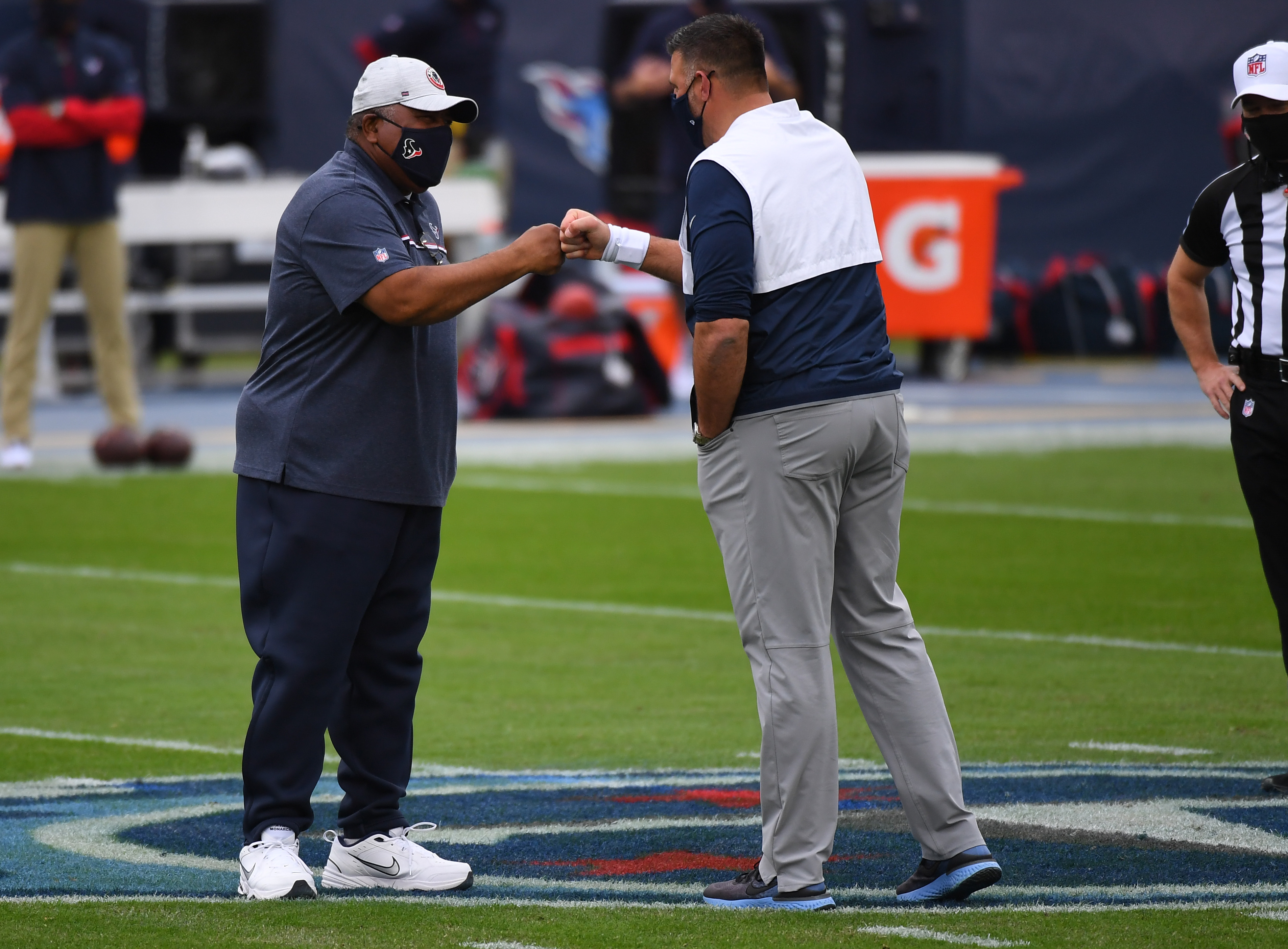 “I think everybody realizes the amount of respect I have for RAC (Romeo) having played for him and really started my career – I had four years in Pittsburgh, but that first year in New England was with RAC. The impact that he made and then being able to play for him in Kansas City again and then coach with him in Houston. He’s a better man and husband and dad than he is coach, and obviously he’s a fantastic coach. It’s those type of people only come around so often and he’s certainly made an impact on me as a player and a coach.” 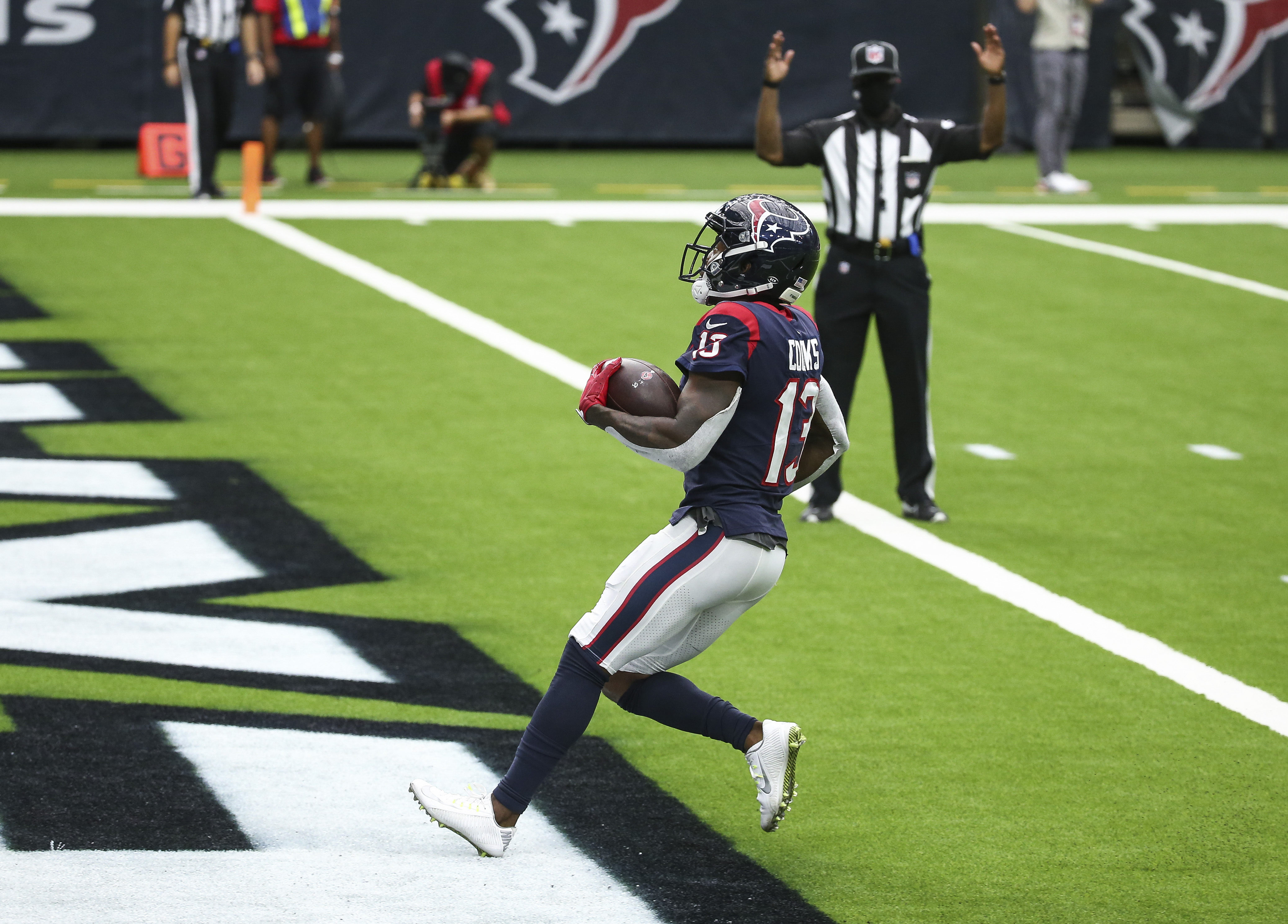 “It looks like his productivity has increased here recently. Great speed. I think that he’s developed a really good relationship with Deshaun and what they’re trying to do. We’ll certainly have to be aware of his ability to get downfield and stretch the field.” 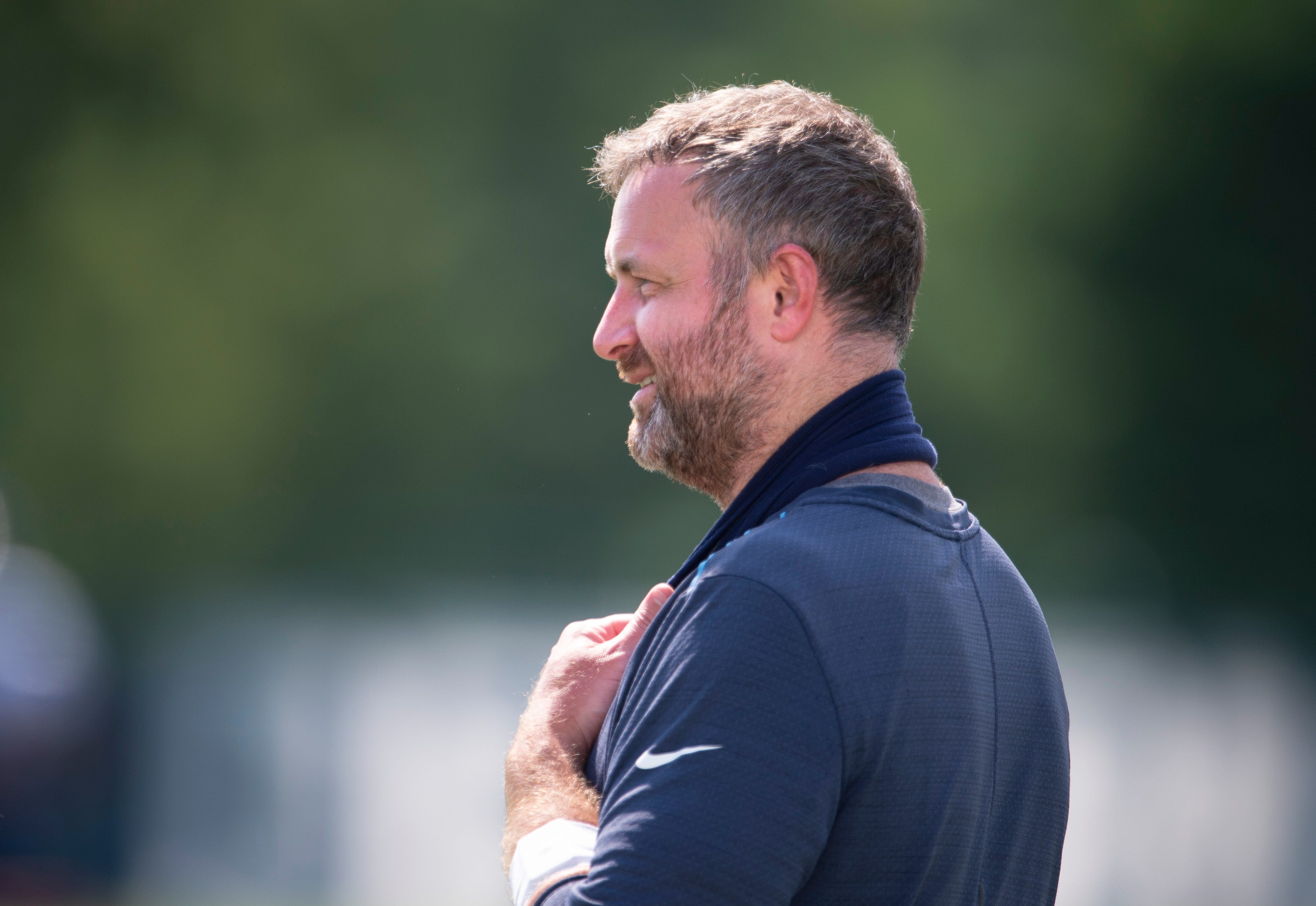 “Obviously Deshaun’s having a hell of a year throwing the ball around, doing some different things. They do have some different pieces in there right now, but I think overall, schematically, it’s a lot of the same stuff.” 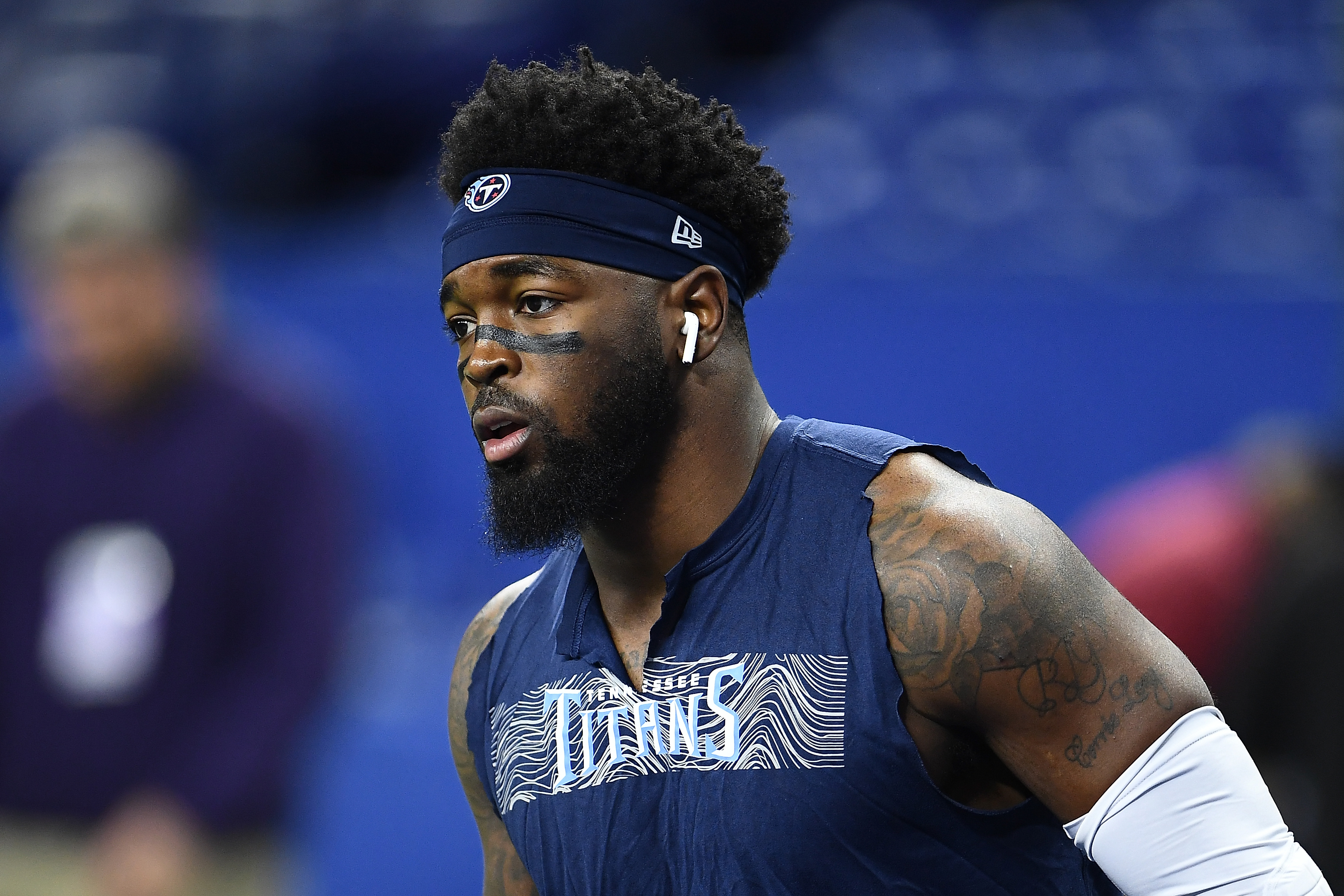 “He can do whatever he wants to out there. Just us watching film and reading keys that’s going to help us play faster and help us get to him before he starts to scramble and make plays on his feet.” 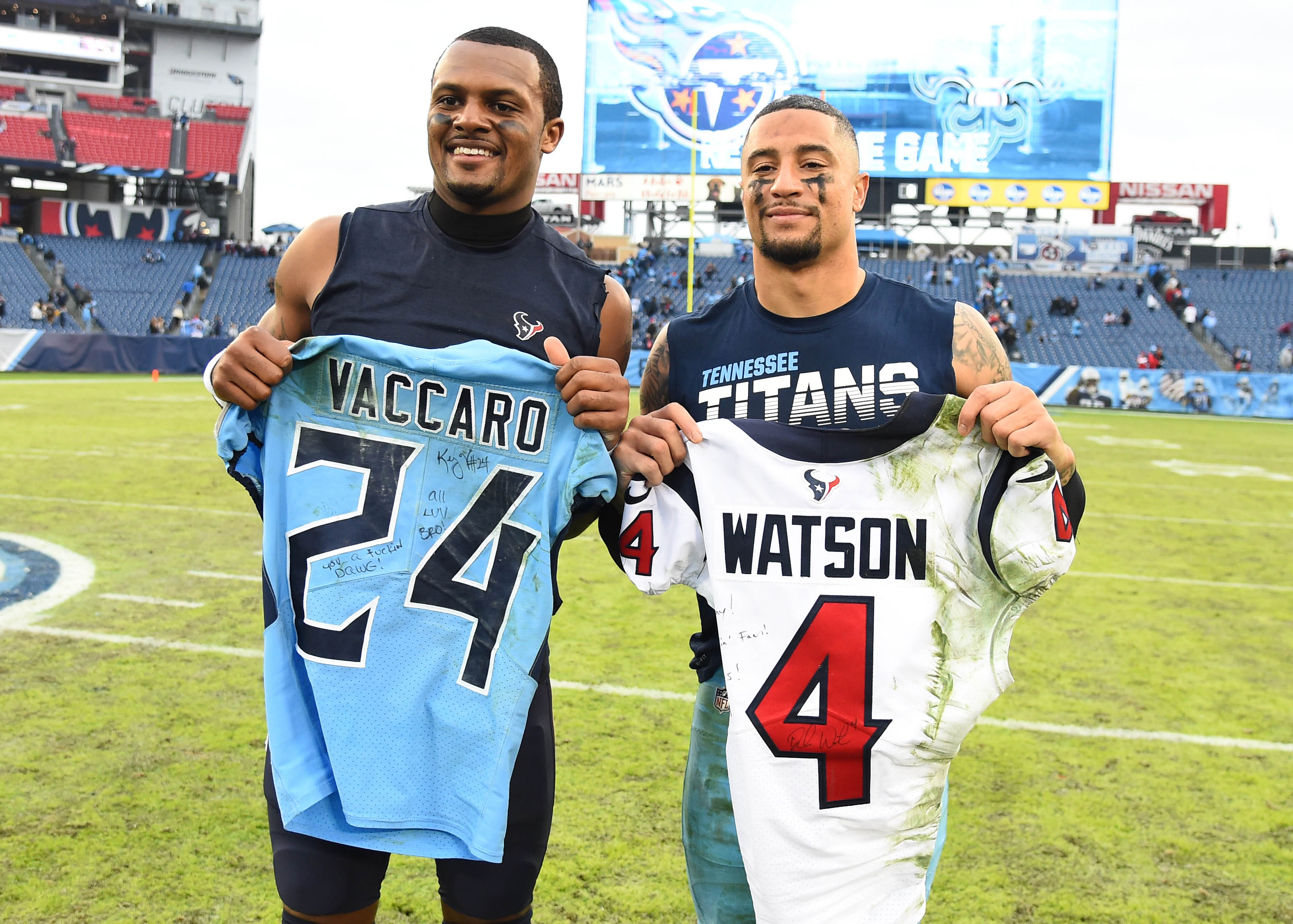 “Any time a guy can extend the play as long as he does, and he usually finds the open man, it makes it difficult on the defense because you have to plaster your receivers. You have to stay in coverage. You’ll see a lot of times on film, guys will come out of coverage and he’ll throw the ball over their head. It makes it challenging, but Deshaun’s been like that since he’s been in the League.” 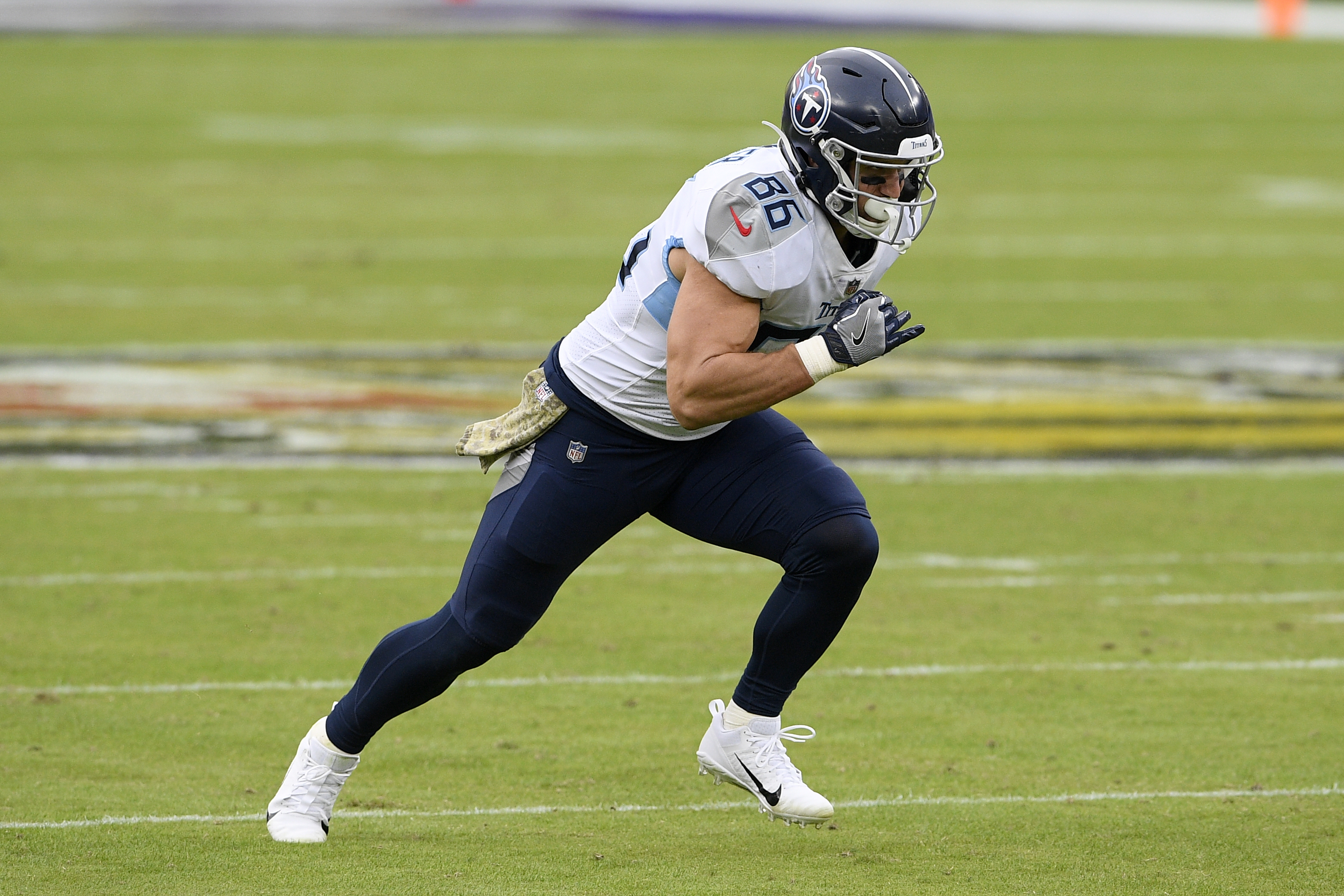 “It’s always a tough game when we go against them. They’ve got (LB Zach) Cunningham, who flies around. And J.J. Watt. They’re going to give us a tough game, and we’ve just got to be physical and control the tempo.”