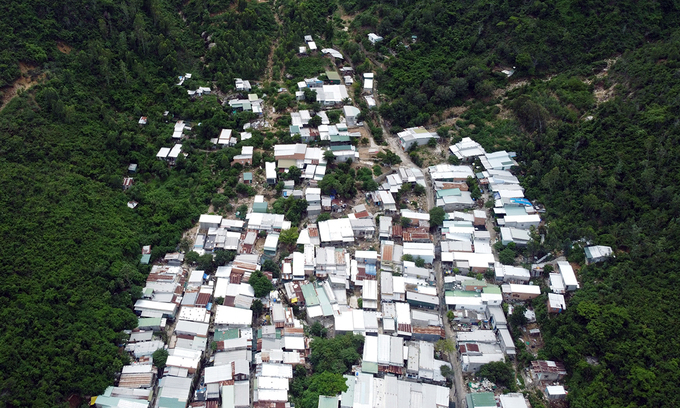 Authorities in Khanh Hoa Province have ordered Nha Trang to build 1,000 apartments to serve the relocation of 810 families in mountainside areas at high risk of landslides.

Earlier, authorities in Nha Trang, a famous beach town in central Vietnam, proposed to relocate 810 families of over 3,000 members living along the Hon Ro mountainside in Phuoc Dong Commune of Vinh Truong Ward, an area prone to landslides during the rainy season.

However, town leaders only suggested building a five-storey building with 300 apartments to serve as the resettlement of affected families.

Nguyen Tan Tuan, chairman of Khanh Hoa, said the proposal to build only 300 apartments was not commensurate to the number of affected households.

Therefore, he decided to increase the figure to 1,000 to meet resettlement needs and serve other projects.

Nha Trang has been heavily hit by natural disasters like landslides and flooding in what local authorities blamed for the high speed of urbanization as well as poor traffic and drainage systems.

At least 17 in Phuoc Dong Commune had been killed by landslides triggered by heavy rain caused by the Toraji typhoon in 2018.