It’s that time of the year again—music’s biggest night! This Sunday, the 63rd Grammy Awards will take place, highlighting some of the best in music from 2020. There will be performances from Taylor Swift, Post Malone, HAIM, Brittany Howard, Bad Bunny and many, many more. Other than an impressive lineup of performers, there are of course awards to give out. Whether or not we agree with the winners is a total different conversation, but here I’ll make a few predictions for some of the bigger categories and we can all see if I can really see the future. 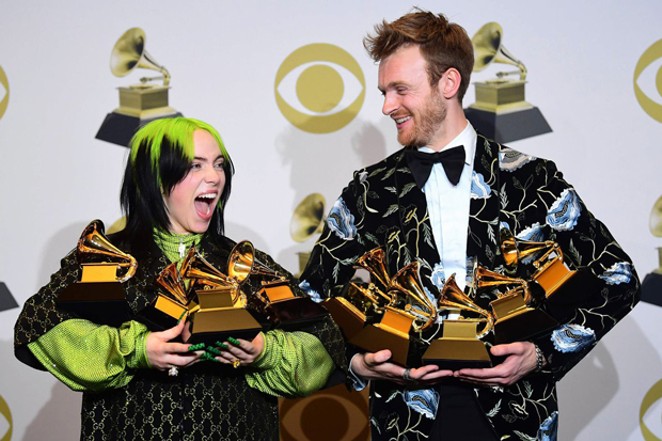 
Album of the Year

Who will win: Taylor Swift

Who should win: HAIM or Black Pumas

This list isn’t filled with many of my favorite albums from last year, and honestly seems like one of the weaker groupings of nominees for such a big category in the past few years. But it’s hard to bet against the magic of Taylor Swift so she’s my safe bet even though HAIM and Black Puma both put out excellent albums that I’m still playing into this year.


Record of the Year

Who will win: Doja Cat

Who should win: Black Pumas

A tough category to predict. There are a few viable options the Academy might choose— “Rockstar,” “Say So” and “Black Parade” are the ones that stand out most as classic picks. But “Say So” had a huge moment last year, especially on TikTok as it reached the masses. Myself personally, I cannot get over “Colors” by Black Pumas.

Who will win: Phoebe Bridgers

Who should win: Phoebe Bridgers or Megan Thee Stallion

This is always one of the weirdest categories at the Grammy Awards. Often times you’ll find people who have been around for years (Kaytranada) slipping into the “new artist” category, which is insane. But out of this group there are only two right choices— Phoebe Bridgers or Megan Thee Stallion. Both would be the correct move, and I’ll be happy with either winning.

Nominees: “Fetch The Bolt Cutters” by Fiona Apple, “Hyperspace” by Beck, “Punisher” by Phoebe Bridgers, “Jaime” by Brittany Howard and “The Slow Rush” by Tame Impala

Who will win: Fiona Apple

Who should win: Fiona Apple or Brittany Howard

I’m putting my faith into the Academy this year to rightfully pick Fiona Apple, who floored the music world with last year’s “Fetch The Bolt Cutters.” It’d be jaw-dropping if they don’t select Apple. I would, however, find some solace in a Brittany Howard victory, whose solo album was also incredible.

Tune into the Grammys this Sunday, at 5pm on CBS.