Learn something new about Norway’s Nordic sibling Iceland, the land of fire and ice.

Continuing our tour of Scandinavia and the Nordic region, it’s time to look at Iceland. The volcanic island in the north Atlantic is known around the world for its hot springs and dramatic scenery.

If you’ve never been to Iceland, I highly recommend a trip. I have only been once and just for a few days, but that was enough to see that the natural landscapes certainly rival Norway for beauty!

Here are some fun facts you may or may not know about this fascinating Nordic country. Enjoy! 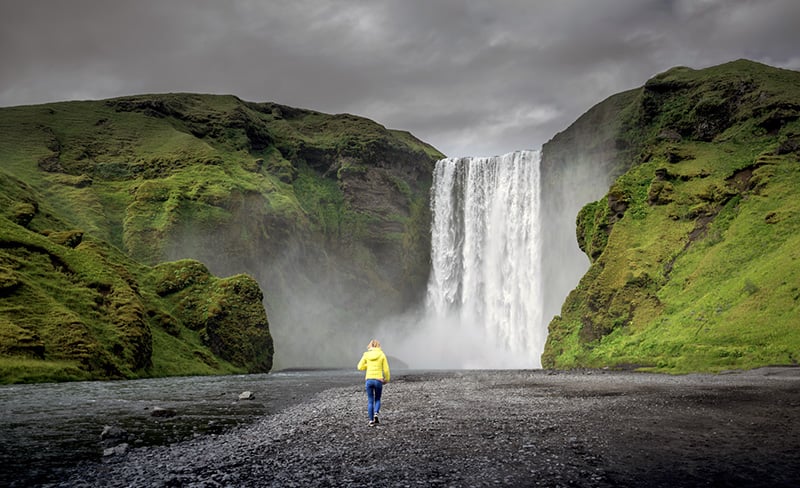 Statistics Iceland releases population data once per year. According to the latest data released on 1 January, 2020, the population of Iceland is 364,134. Yes, that’s all!

As of January 2020, there were 55,354 immigrants living in Iceland, amounting to 15.2% of the population. People born in Poland made up the largest single immigrant group.

2. More than 60% of Iceland’s residents live in Reykjavík

More specifically, 233,000 people live in Iceland’s “capital region”. This comprises the city itself together with the six neighbouring municipalities, which make up by far the biggest urban area in the country. 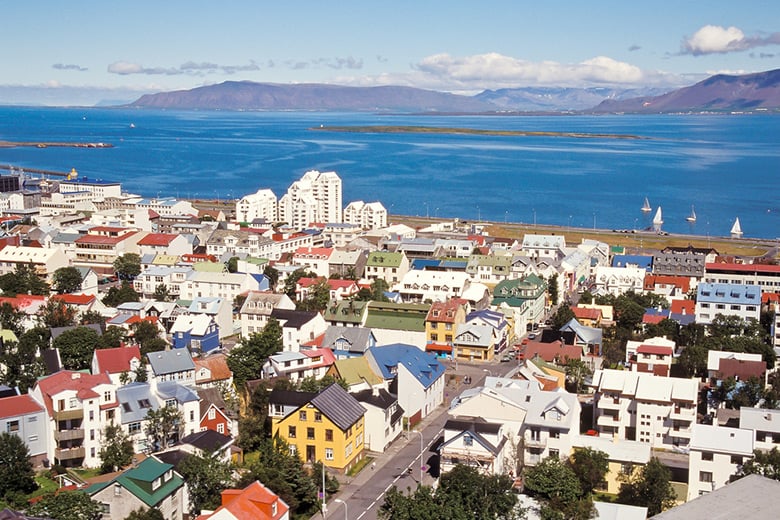 After Reykjavík, the most populous cities in Iceland are Kópavogur and Hafnarfjörður, both of which are included in the capital region.

There are no family names in Iceland. A patronymic ramming system used to be the norm throughout the Nordic region, but now just Iceland adopts it.

Patronymic means that a person’s name is based on the name of their parents. This why an Icelander’s name will almost always end in -son (son of) or -dóttir (daughter of).

5. Your name must be approved

Iceland has a naming committee that maintains a list of approved given names (first names) along with a list of banned names. If you want to name your child with a name that’s not on the approved list, you must get permission from this committee. 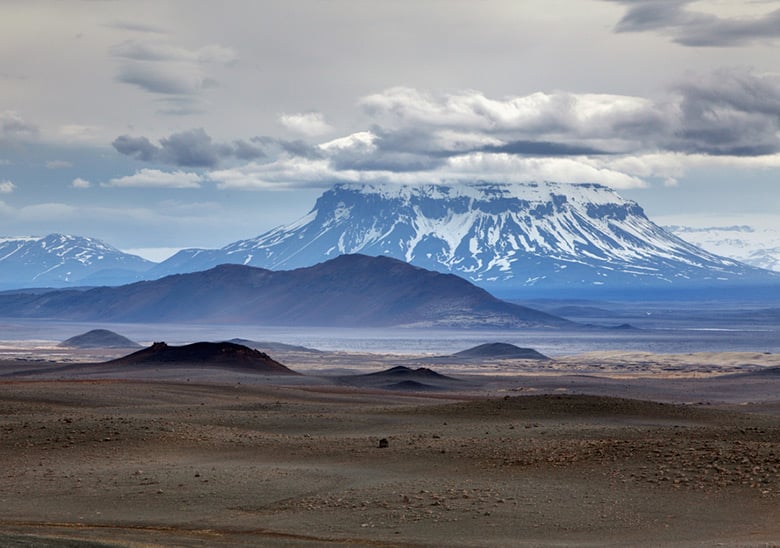 Most people know of Iceland’s volcanic activity thanks to the 2010 eruption of Eyjafjallajökull that grounded much of Europe’s air traffic for several days.

But the country actually has more than 100 volcanoes, several of which are active. Because of this constant volcanic activity, much of Iceland is covered in lava fields.

7. 11% of Iceland consists of glaciers

So with all the volcanic activity, how can the country be called the land of fire and ice? It’s simple! Around 11% of the country is covered by glaciers.

The glaciers of Iceland are stunning on their own. But combined with the lava fields and waterfalls, they make up truly stunning landscapes that you won’t find anywhere else.

8. Iceland has its own fjords

The fjords aren’t just for Norway! More than 100 fjords pierce Iceland’s coastline. They are clustered into two main groups. One is in the north-west and the other along the east coast. Both are clearly visible on maps! I visited the Iceland westfjords a few years ago and took plenty of photos. 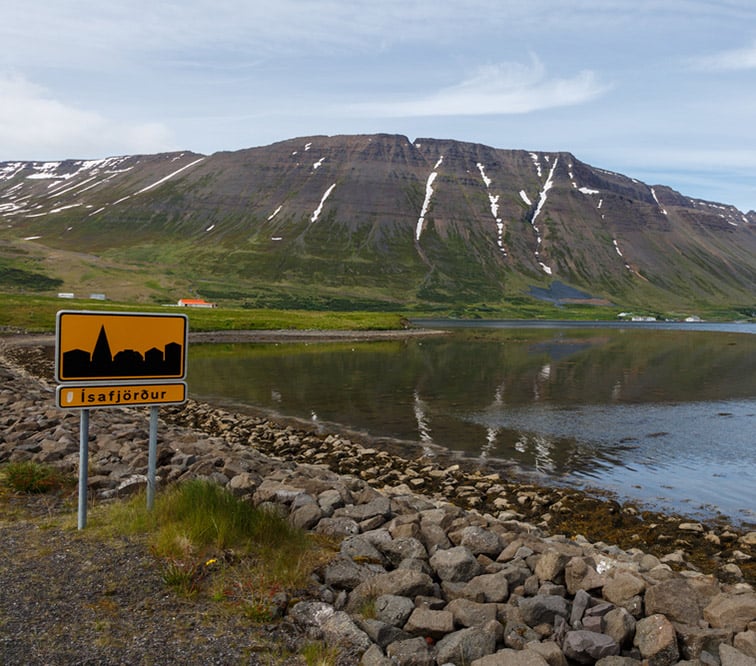 Over two weeks each year, the Althing open-air assembly set laws and settled disputes. It continued to meet until 1798.

10. There are no McDonald’s in Iceland!

Yes, really! This Iceland fact is so unusual that Reykjavík is actually the only capital city in western Europe without a McDonald’s franchise.

Yet this nearly wasn’t the case. The American fast food franchise once operated four locations in Iceland, but the last one closed in 2009.

11. Iceland marks a physical boundary between America and Europe

The country is one of the world’s only places where the effects of two major tectonic plates drifting apart can easily seen on land. Welcome to the Mid-Atlantic Ridge!

At Thingvellir National Park, the North American and Eurasian tectonic plates meet. Or in actual fact, they move away from each other by a couple of centimetres each year.

…as with Norway, it is closely linked to the EU through the European Free Trade Association (EFTA) and European Economic Area (EEA) agreement. Iceland is also a member of the Schengen Area.

Iceland’s participation in these mechanisms allows free movement of people between Iceland and the rest of the Schengen Area. Thousands of Icelandic citizens travel to, work or study in the EU each year. Of the foreigners in Iceland, a large majority come from the EU.

13. Iceland has its own currency

Iceland does not use the Euro. It has the Icelandic króna. This makes it the second smallest country (by population) after the Seychelles to have its own currency and monetary policy. 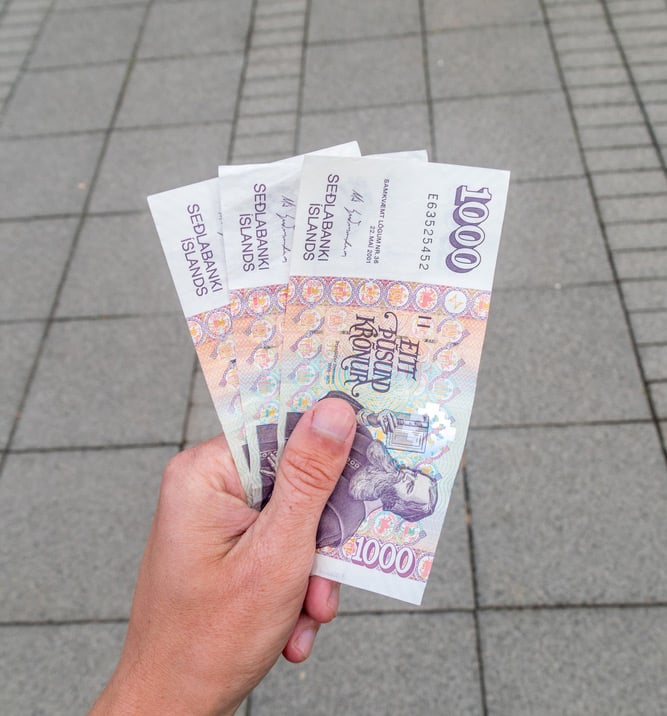 14. Iceland has no standing army

Despite the popularity of Nordic noir, violent crime in Iceland is famously low. Iceland is the only NATO country not to have a standing army, air force or navy.

There is a national coastguard, air defence system and crisis response unit (ICRU). The ICRU is a peacekeeping force made up of about 200 staff. However, these employees don’t carry arms.

Thanks to a 1908 referendum, beer was banned in Iceland from 1915 to 1989. Now it’s the most popular alcoholic drink in the country! So much so that on the first of March every year, the country celebrates Beer Day.

Craft beer is crazy popular in Iceland. One brewery uses purely geothermal energy to power its brewing process, while another uses bilberries in a refreshing summer ale. Cheers!

Did you enjoy this article? If so, why not share it on Pinterest? Just hit that social sharing button for the ideal pin.