What is Honey Spell On TikTok ? Use it to Manifest Your Crush! 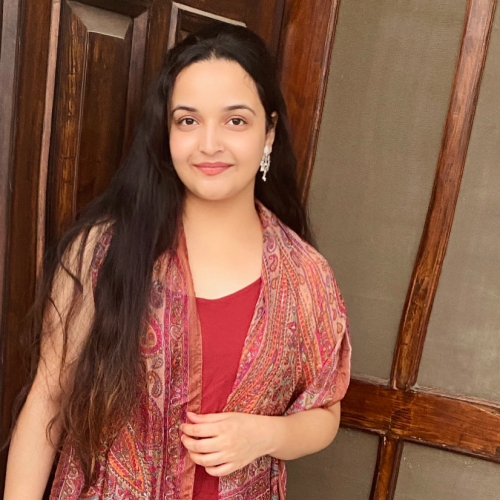 Suvarcha Pawar
Hello, my name is Suvarcha Pawar and I am a Political Science student. I am a curious soul, especially when it comes to learning new things. I love to write my opinions about the politics which is present in nearly every aspect of life today. I am not only a political science writer, but I like to explore my writing skills in almost every field. I believe, that life is a learning journey and whatever comes your way, teaches you a lesson. So, I keep myself engaged in learning and writing about new things, so as to make the most out of my life.

The year 2020 has been a year of unprecedented eventualities. For starters, the year began with ruinous Australian bushfires which burned around 47 million acres of land, killing and displacing thousands of people. Gradually after a month or so of the Australian bushfires, the world started witnessing the effects of a deadly virus, known as Coronavirus. Due to the spread of this virus across the globe, it was declared a pandemic and needs no introduction to the damage it has caused all over the world.

From the Australian bushfires, COVID-19, the impeachment of the U.S President, Beirut explosion, West Coast wildfires, Black Lives matter campaign to Joe Biden being elected as the U.S President, and many more events in between, 2020 has given and taken a lot.

Due to the events witnessed this year, people across the world have frequently searched “words” and not a word which could be called the “Oxford Word Of The Year 2020”.

This is for the very first time that the Oxford English Dictionary has not chosen a particular word to be declared as the word of the year like it used to do in the preceding years, but it has announced certain “words of an unprecedented year.”

The Oxford dictionary said that there were too many words searched by the people in this whole year, thus not being one to be called ‘the word of the year’.

The word ‘Coronavirus’,​ which was earlier only searched and used​ by scientists​ is now amongst the most searched words in the dictionary in​  2020. This is due to the world witnessing the ongoing wrath of this deadly disease, that almost every person in this world has searched this word, thus making it one of the most explored words of the year. This year has marked a commendable development in the linguistic arena as most of us are being aware and are searching the scientific terms more often than ever.

‘Pandemic’ is another word that has marked a milestone in the number ​of searches by the people to know its true meaning. This word has been searched the most by the people this year because nothing of this sort has had happened in the near past. A virus, with the intensity and severity like that of Coronavirus, has never happened globally anytime before in recent history, thus declaring it as a ‘pandemic.’

Since this virus is communicable from person to person and from the community to community, ‘community transmission’ ​became another ​widely searched term in everyday discourse by the people. It is probably for the first time after World War 2, that the whole world is going through the hardships like today and has witnessed many lockdowns, making ‘lockdown’ yet another word searched many numbers of times by all of​ us.

Being easily transferable, it is mandatory for all of us to practice social distancing. People from all over the world have searched ‘social​ distancing’ to know the real essence of the word, so as to practice it​ with utmost accuracy, following all the necessary precautions.

Words such as ‘face masks’, ‘PPE Frontliners’, ‘circuit​breaker’, ‘key workers’, ‘shelter-in-place’, ‘flatten the curve’ etc have​ gained popularity in 2020 and thus have become widely looked for words in 2020 due to the coronavirus outbreak.

The use of the phrase ‘following the science’ ​​has increased tremendously compared with the previous years.

The change in work habits due to the pandemic has made many people work from their homes, thus leading to an increase in the language used to describe work-related words. Words like ‘remote’, ‘remotely’, ‘staycation’ and​ ‘workation’ ​ have been searched for over 300% since​ March.

Not only the words related to science have hit hard in the dictionary but words related to Politics, media, and social movements have also become the most searched words of 2020. Words such as ‘acquittal’​   and ‘impeachment’ ​have come to public notice due to the U.S President​ Trump’s impeachment being in news, earlier this year.

Check out the Top Medical Schools In Chicago

The Oxford dictionary also mentioned some of the words and phrases searched repeatedly in the context of the Black Lives Matter campaign, thus making ‘Black Lives Matter’, ‘Juneteenth’, ‘decolonize’,​  ‘allyship’, and ​‘BIPOC’​ as the most searched words from the dictionary​ in 2020.

However, despite the UK’s exit from the European Union early in this year, which is known as ‘Brexit’​, it is quite absurd to notice a decline in​the number of searches made for this word in 2020.

Oxford Dictionaries president Casper Grathwohl exclaimed that he has never witnessed a year in a language like a year we have witnessed now. This year has truly increased the number of searches for few words and has taken the searches to a next level, leaving no one particular word to be called “The Oxford Word Of The Year 2020”

What To Do After Graduation In Sports Science? The 6 Most Popular Professions

Writing An Essay – How Should You Exploit Your Creative Persona Successfully?