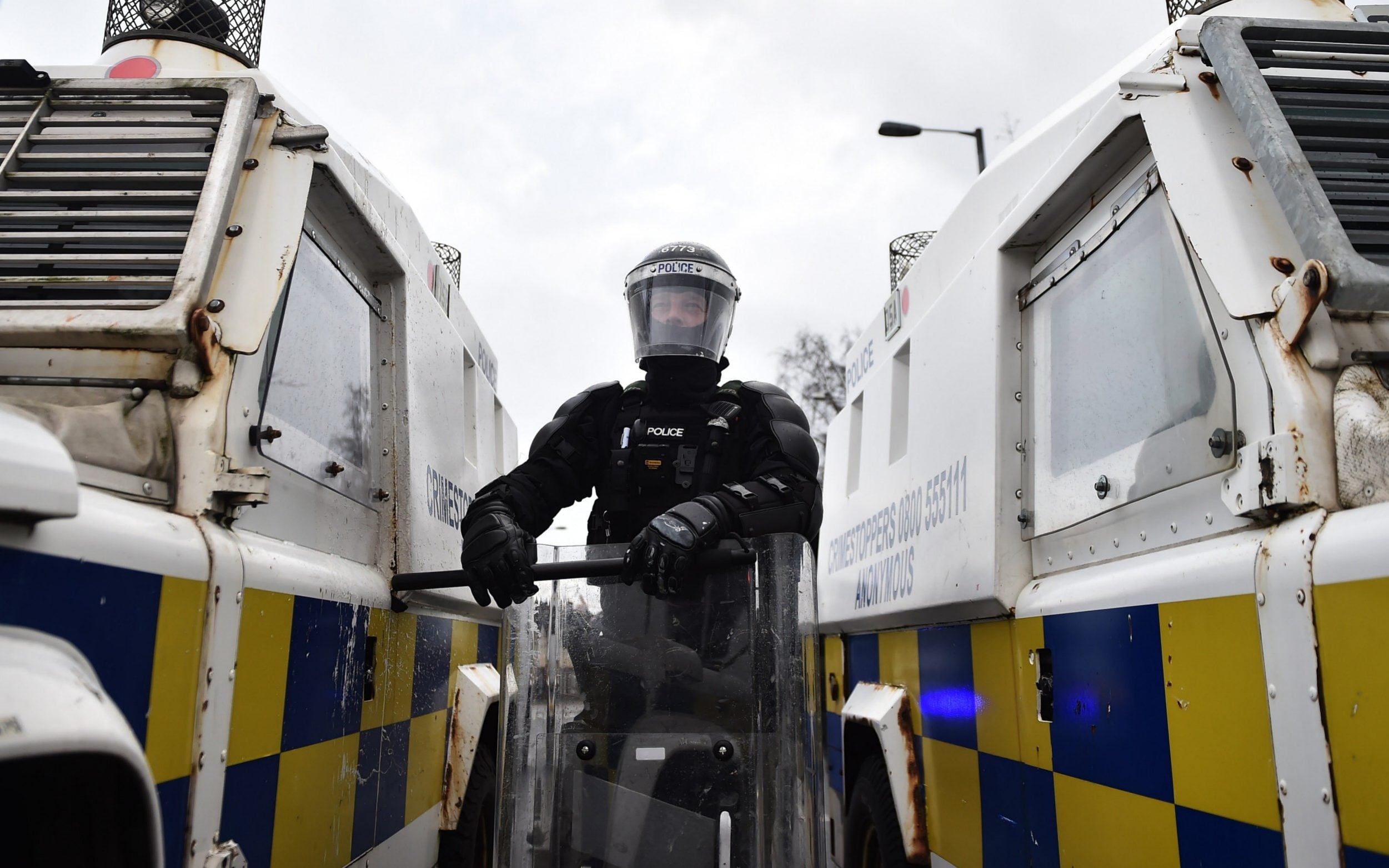 In recent days, Northern Ireland has been beset by some of the worst violence in decades as loyalists and nationalists have clashed with police in west Belfast.

On Wednesday a bus was firebombed and 55 officers were injured as organised groups threw stones, fireworks and petrol bombs. Unrest erupted again on Thursday night – the seventh straight night of trouble.

Chaos has also spilled over in unionist areas in Londonderry and other towns in County Antrim.

Most of the violence has been in loyalist areas, such as Carrickfergus and Newtonabbey.

The rioters are mostly young men, in small groups of about 20 or 30 people. In some cases children have been involved, too – including one child as young as 12.

It has lead to claims that the violence is being manipulated by gangs and organised criminals who are staying off the front lines.

Why are people rioting?

The causes of violence may be attributed to a number of factors.

Loyalists in Northern Ireland are angry that the UK’s post-Brexit trading agreements with the EU have created barriers between the region and the rest of Britain.

The arrangement with Brussels – known as the Northern Ireland Protocol – is controversial.