Where to Watch Kakegurui Twin & Is It Streaming on Netflix Only

Star Citizen is meant to be player-friendly, but sometimes it becomes a bit overwhelming for beginners especially. A large number of players haven’t finished their tutorials yet because the Alpha version of the game has been released now, and this makes it hard for them to completely understand the game and its mechanics. To help them, here is the ultimate beginner guide so they can get the most out of the game with minimum effort.

Create an account with your email to play the game. There are various referral codes available in the game that you can use to get free credits. You have to use a code before creating your Star Citizen account. After using the code, it is time to confirm your email address. Log in to the game to select a pledge package from the available options.

For single-player lovers, the Squadron 42 pledge package is the best option, and it costs fifteen US dollars extra. When you purchase Star Citizen, you also get access to the famous Star Marine, which is a first-person shooter module.

Everything from settings of the joystick to face tracking and TrackIR is available in the settings section. There are some rules of the game that most players have to learn. They can start with game-advanced game controls such as pressing “F” to interact with the door or pressing “Y” to get up from the pilot chair, etc.

“Persistent Universe” or PU is the main mode of the game, and it is a complete solar system with four different planets along with their moons and various space stations scattered across the galaxy. Star Marine and Arena commander are the quick-match modes in Star Citizen, where you can put your combat skills as well as the combat skills of your ship to a test. Pro players suggest that you should start with the PU mode and start at the New Babbage on Microtech location. Star Citizen auec are more important than you can think because they are required to purchase new ships or upgrade existing ones as well as buy new weapons. 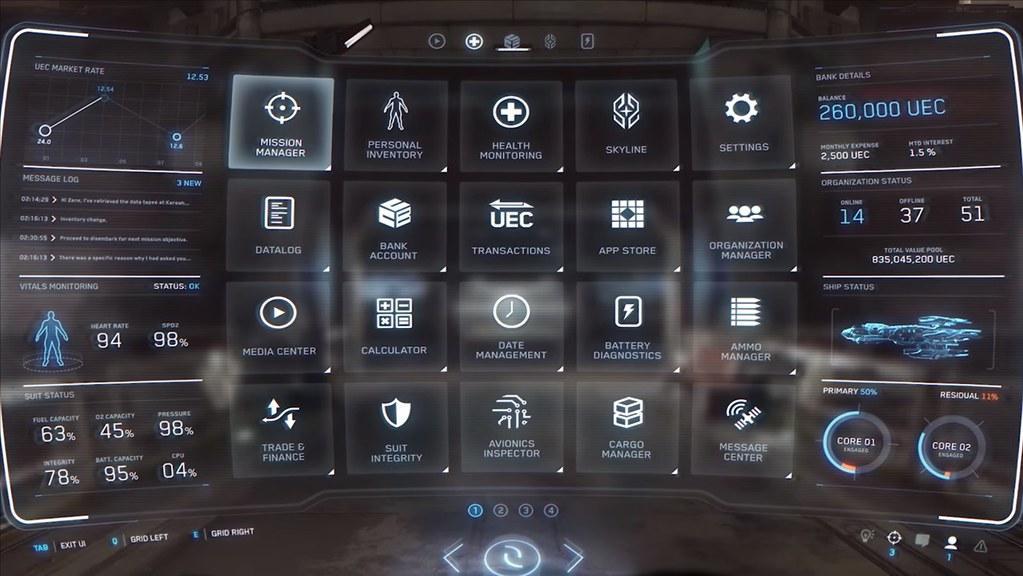 Press the “F1” key to use the MobiGlas, which is a holographic PDA in the game, and you can control everything. Below are the most common controls of MobiGlas in Star Citizen.

With Commlink, manage text messages and voice chats, add new contacts and accept invitations all from one place.

You can manage your equipment such as armor, weapons, clothing, and utility items directly from MobiGlas.

View the game map to plan routes for your next trip and add new destinations to the map effortlessly.

Trade aUEC with other players to get items from them in return.

spawn your ship from the ASOP terminals at a spaceport to start your space adventure. It automatically shows you the location of the hanger where your ship is parked. Find the ship and go inside it. Set on the pilot’s seat and get it flight-ready by tapping the “F” key. It will take a few minutes to let the engine, shields, and other systems of the ship become functional.

To take off from a spaceport, go to the friend’s section and tap on the spaceport option. You have to do the same to land on a spaceport. There is an automatic speed limiter, and you can control it by using the scroll button on your mouse. If you don’t want to increase or decrease it manually, reach the desired speed and set the ship on cruise control. Pull up the landing gear and start your first flight in Star Citizen.

Point the nose of your ship in the upward direction to climb into space. You can’t master the whole ship flying thing in the game, so practice and practice to become better with every flight. Press mouse buttons to use guns on your ship. The ship can move in six different directions if you combine movement buttons accordingly.

The next step is to make money in the game. There is a whole economy in the game, and you can make money through various options. You can mine resources and trade them in the market or Buy Star Citizen aUec from one marketplace and sell it to others at a good price. When making money, missions are the best option, and there are various missions, such as delivery missions, bounty missions, investigation missions, etc., available in the game. www.mmopixel.com is a secure and reliable platform to purchase in-game currency items for a large number of popular games.