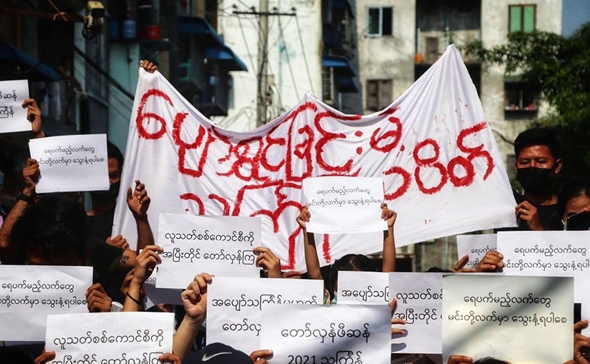 Myanmar’s military opened fire on protesting healthcare workers Thursday, killing at least one bystander as the demonstrators fled for safety to a nearby mosque. The country has been in turmoil since the military seized power from civilian leader Aung San Suu Kyi on February 1, triggering a massive uprising that the junta has sought to quell using lethal force.