Indian Mujahideen terrorist Tehseen Akhtar is linked to the serial blasts in Hyderabad and Bodh Gaya.

A Telegram channel used to claim responsibility for placing an explosives-laden SUV near industrialist Mukesh Ambani’s home in Mumbai, was created from inside a barrack in Delhi’s Tihar jail where an Indian Mujahideen terrorist is being kept, police sources have told NDTV.

The police officials said that a virtual number was created using Tor browser to create an account in Telegram messaging app, through which a message claiming responsibility for placing an explosives-laden SUV near the industrialist’s residence was sent.

The police is planning to take remand of Tehseen Akhtar to question him regarding the mobile phone seizure, the official said.

Another number – which was active in September but has since been suspended – is also on special cell radar, the official added. Both the numbers were purchased using fake IDs, he said. 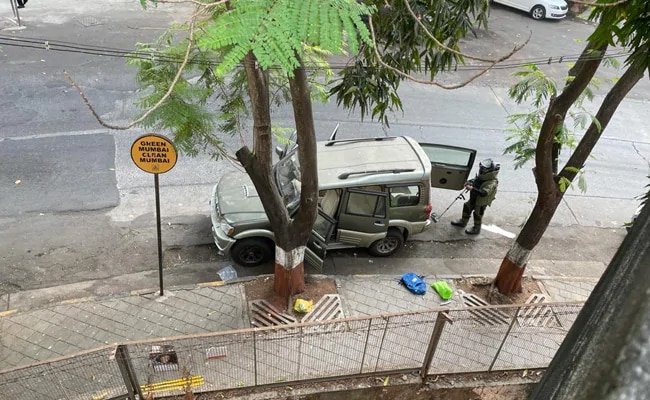 A Mahindra Scorpio car with gelatin sticks was found parked near “Antilia”, the multi-storey residence of Ambani, in south Mumbai on February 25.

“Based on information provided by Special Cell, Tihar Jail authorities have seized a mobile phone from a jail where certain terror convicts are lodged. It is suspected that this phone has been used for operating Telegram Channels used recently for claiming responsibility for terror acts / threats. Further investigation and forensic analysis will be done after the mobile handset and details of the seizure are received from Tihar Jail authorities,” the Delhi Police said in a statement.

A Mahindra Scorpio car with gelatin sticks was found parked near “Antilia”, the multi-storey residence of Ambani, in south Mumbai on February 25.

According to police sources, the Telegram channel was created on February 26 and the message claiming responsibility for placing the vehicle outside Ambani residence was posted on the Telegram messaging app late in the night on February 27.

The message had also demanded payment in cryptocurrency and mentioned a link to deposit the same.

The investigation in the case was initially conducted by the Crime Branch of the Mumbai police.

After the mysterious death of Thane-based auto parts dealer Mansukh Hiran, who was in possession of the SUV that was later found parked outside Mr Ambani’s residence, the probe was transferred to the Maharashtra Anti-Terrorism Squad (ATS).

On Monday, the National Investigation Agency (NIA) took over the case related to the recovery of the explosives-laden vehicle.

With inputs from PTI