A hearing on a potential third-degree murder charge for the former Minneapolis officer could affect the jury selection and change the course of the trial.

MINNEAPOLIS — Monday morning, jury selection is scheduled to begin for one of the most high-profile cases in recent history: the trial of former Minneapolis police officer Derek Chauvin, charged with second-degree murder and second-degree manslaughter in George Floyd’s death.

Jury selection is scheduled to begin at 9 a.m., but could be delayed by a hearing held one hour before.

Motions will be heard by Judge Peter Cahill on whether or not a third-degree murder charge will be added to Chauvin’s charges.

It’s unknown how the outcome of the 8 a.m. hearing will affect the jury selection process or the start of the trial.

Initially, Chauvin was charged with third-degree murder in George Floyd’s death, but the defense asked to have the charge dropped for lack of probable cause and a judge agreed.

Third-degree murder is a rarely used statute in Minnesota. According to Minnesota law, murder in the third degree is committed when there isn’t intent or premeditation. An example of the use of the third-degree murder charge would be used against a person who fired a gun in to a crowd or drove through a crowded sidewalk. The charge is typically used only when the act is more broad, not aimed at one person.

Former Minneapolis police officer Mohamed Noor was convicted on this charge for fatally shooting Justine Ruszczyk Damond in July 2017, and the Minnesota Court of Appeals recently upheld that charge, saying that it can indeed apply when the death-causing act is directed at an individual.

On Friday, the Minnesota Court of Appeals issued an opinion saying that the precedent set in the Noor case was binding authority when it was filed. Therefore, Presiding Judge Michelle Larkin wrote that District Judge Peter Cahill erred when he refused to reinstate the third-degree murder charge in Chauvin’s case.

Larkin wrote that the judge can consider any additional arguments from Chauvin’s defense, but his decision “must be consistent with this opinion.”

The defense said on Monday that they will  ask the state Supreme Court to review the court of appeals decision.

Prosecutor Matthew Frank argued that because the defense is appealing to the state Supreme Court, the district judge no longer has jurisdiction of the case while it’s in the hands of a higher court.

Judge Peter Cahill noted that because the matter of the third-degree murder charge is fairly narrow, he believes the jury selection on other unrelated motions can continue. Cahill said they should move forward and see where they are at on March 29, when opening statements are scheduled to begin.

Frank said the prosecution’s concern is that if the case is not delayed, they will need to pick the jurors not knowing what the final charges will be.

Chauvin’s defense attorney Eric Nelson argued the opposite, that the court has jurisdiction over everything besides that specific charge.

“We’re prepared to try this case,” Nelson said. “It is not our intent to cause delay by filing a PFR (petition for review).”

Nelson said he intends to file his petition “posthaste,” and that it’s almost ready to be submitted aside from a few edits.

“We have a three-week window of time where we can accomplish a lot,” he said.

Frank formally asked the judge to delay the jury selection process, but the judge denied the request and ordered that the process should continue. Judge Cahill acknowledged that the prosecutors can still seek a “writ of prohibition” if they believe him to be acting outside of his jurisdiction.

A rally involving more than a dozen activist groups is also underway outside the Hennepin County Government Center, demanding justice for George Floyd. Peaceful demonstrations were held all weekend, from a prayer gathering to a silent march.

The Trial of Derek Chauvin 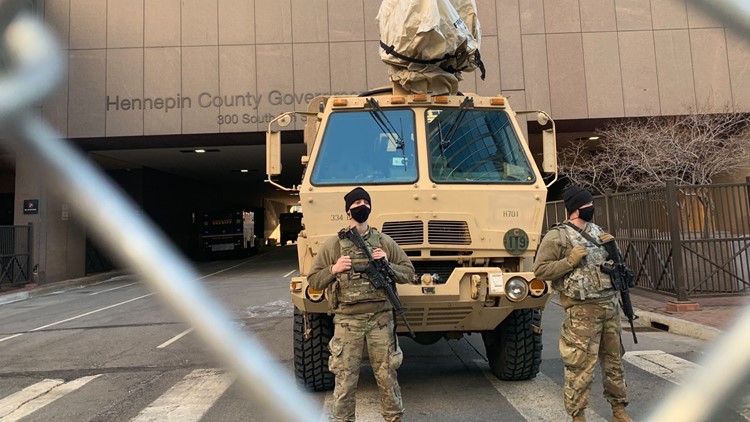 The trial of former Minneapolis police officer Derek Chauvin is the culmination of months of protests, marches and legal filings in the state of Minnesota.

As shown in a cellphone video captured by a 17-year-old girl, Minneapolis police officers Thomas Lane and J. Alexander Kueng responded to a call about a fake $20 bill around 8 p.m. on May 25, 2020. They found George Floyd sitting in a vehicle outside the Cup Foods at the corner of 38th Street and Chicago Avenue in Minneapolis.

The two officers confronted Floyd, and as they try to put him in their cruiser, Officer Derek Chauvin and his partner Tou Thao arrived.

Chauvin suggested putting Floyd onto the ground, where he held him with his knee to Floyd’s neck for nearly nine and a half minutes.

As the watching crowd grew more and more concerned, Lane suggested rolling Floyd over and Chauvin said no. Kueng eventually checked for a pulse and couldn’t find one.

At 9:25 that night, George Floyd was pronounced dead at the Hennepin County Medical Center.

In the days that followed, people called for justice and the four officers were relived of their duties and removed from the Minneapolis police force.

On Friday, May 29, former officer Chauvin was charged in the death of George Floyd. The other three officers were charged on June 3.

After numerous court filings in the following weeks, it was ruled that Derek Chauvin would first stand trial, alone, followed by the other three officers. Their trial is tentatively planned to take place this summer.