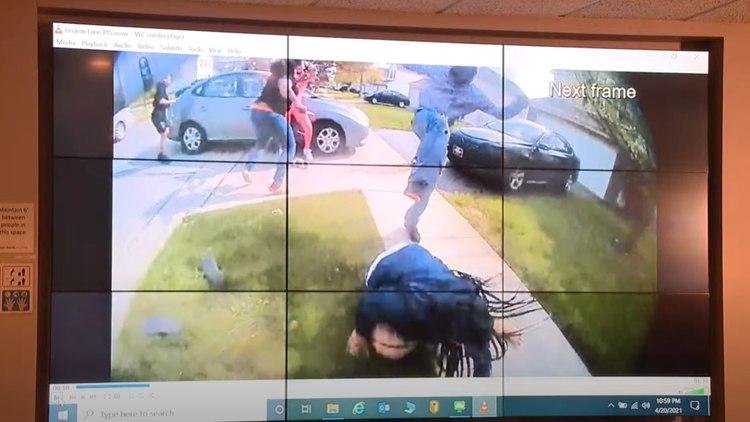 Columbus police said officers initially were called to the scene for a disturbance.

COLUMBUS, Ohio — A family member has confirmed to 10TV that the person shot and killed by a police officer in southeast Columbus Tuesday was 16-year-old Ma’Khia Bryant.

The Department of Public Safety announced the city will be showing bodyworn camera footage of the shooting around 10:30 p.m. We will bring you live coverage on online.

Officers were called to the 3100 block of Legion Lane, north of Chatterton Road, just after 4:30 p.m. for a disturbance.

The family says Bryant called the police for help because girls were fighting outside her house.

Bryant was taken to Mount Carmel East in critical condition where she was later pronounced dead.

In a statement tweeted Tuesday evening, Mayor Andrew Ginther said “a young woman tragically lost her life” and that there is body camera footage of the incident. Ginther asked for people to “remain calm” and allow investigators to gather the facts.

Member of Mother’s of Murdered Columbus Children and others have gathered in the area, one person with a sign reading “enough is enough” and another with “Black kids matter.”

A crowd of demonstrators has gathered outside of the Columbus Division of Police’s downtown headquarters, changing, “say her name, Ma’Khia Bryant!”