High-class £2,000-a-night escort, 42, whose clients included married businessmen on the Forbes rich list may have been pushed when she fell to her death from eighth-floor hotel balcony, her family claim

By Bhvishya Patel For Mailonline

An escort who plummeted to her death from a hotel balcony may have been pushed, her family have claimed.

Angela Williams, 42, fell from the eighth-floor of The Standard hotel near King’s Cross, London, in December last year.

The mother-of-two, who earned £2,000-a-night as a call-girl, was left in a pool of blood on the ground for nearly 15 minutes as members of the public walked by before she was rushed to hospital, St Pancras coroner’s court heard.

Angela Williams, 42, died after falling from the eighth floor of a hotel in December last year

Ms Williams, whose clients included men on the Forbes rich list, had worked for the escort agency Maxes Angels before she was arrested in August on charges of money laundering.

Following her death, an inquest ruled that the cause of Ms Williams’ death was suicide.

However her mother Tina Bradley, 67, from Boston, Lincolnshire, has claimed that  someone could have present when her daughter fell from the balcony of the £900-a-night hotel.

She told The Sun: ‘A lot of her clients were very wealthy, so we thought she was arrested because somebody wants something hush-hush. Is she a target? ‘

Ms Bradley claimed some of her daughter’s clients may have feared she would speak out about her relationships with them. 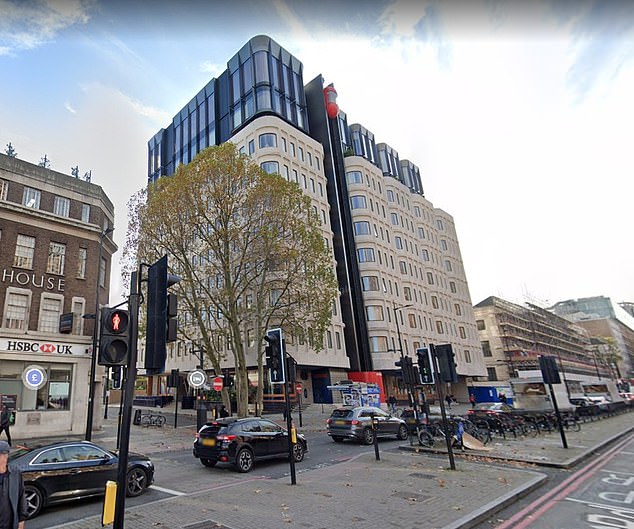 The mother-of-two fell from her balcony at The Standard hotel near King’s Cross, London

She continued: ‘This was the case with most of her clients, they were married men and didn’t want their wives knowing what they were doing.’

Ms Williams’ mother went on to say that she believed detectives had failed in their investigation of her daughter’s death.

She added: ‘Could someone have been there when she died and escaped?’

During the hearing, it was revealed that officers found two mobile phones and an empty wine bottle inside Ms Williams’ hotel room.

They escort’s two dachshund dogs were also found inside the room.

CCTV footage from the night was the ‘overwhelming form of evidence’, PC Conor O’Kelly added.

Ms Bradley and her family are now in the process of deciding if they will take the case to the Independent Police Complaints Commission.