Jacksonville, Fla. —Whether it was the result of a simplified game plan, or an inferior opponent, the Detroit Lions delivered their most complete performance of the season coming out of the bye.

The Lions jumped out to an early lead and never let up, hammering the lowly Jacksonville Jaguars, 34-16, on Sunday.

The 34 points were the most the Lions have scored during Matt Patricia’s two-plus seasons as coach, while the victory should temporarily quiet calls for his job after the team’s disappointing start to the season.

Grabbing an early lead has been a trend for the Lions, but taking care of it has been a struggle this season. The Lions got on the board first in this contest by taking advantage of the opponent’s miscues. After the Jaguars went three-and-out with the game’s opening possession, the Lions put seven on the board with a 10-play drive that covered 50 yards.

Jacksonville made things easy, giving up a free first down by jumping offside and then allowing quarterback Matthew Stafford to scramble for 17 yards to convert a third down. After the Jaguars committed a pass interference in the end zone, giving the Lions first-and-goal from the 1-yard line, running back Adrian Peterson punched it in to cap the series.

The Jaguars responded with a field goal, using a 35-yard pass from Gardner Minshew to Keelan Cole Sr. to get into range for kicker Jon Brown, who knocked it down from 31 yards out.

Brown, making his NFL debut, is the fifth kicker used by the Jaguars this season. The field-goal attempt was the first of the former NCAA soccer player’s career after going undrafted in 2016.

Detroit was able to expand its early lead on the ensuing possession. Rookie running back D’Andre Swift broke free for a 54-yard run to start the drive — the team’s longest gain on the ground in 30 games. Five plays later, Swift leapt across the goal line from a yard out to put the Lions up 14-3 following the point after touchdown.

The Lions defense continued to perform well throughout the first half, shutting down the run, getting regular pressure on Minshew and forcing a pair of turnovers. Safety Duron Harmon came up with the first, intercepting a deep ball intended for D.J. Chark, while defensive end Trey Flowers stripped Minshew in the backfield in the closing minutes of the second quarter.

Matt Prater kicked a 31-yard field with six minutes remaining in the half, sending the Lions into the locker room with a 17-3 edge.

Things got off to a dicey start in the second half when Stafford was intercepted by linebacker Joe Schobert on the opening drive of the third quarter, but Jacksonville couldn’t capitalize, turning it back over to the Lions after failing to covert a fourth-down play in the red zone.

The Lions countered with a nine-play, 86-yard drive. Stafford connected with Kenny Golladay for 48 yards on a free play after Jacksonville jumped offside. The quarterback then found tight end T.J. Hockenson on fourth-and-goal from the 1, pushing Detroit’s lead to 24-3.

Golladay paced the Lions with 105 yards receiving on the afternoon.

The touchdown was a milestone for Stafford, giving him at least one touchdown pass against each of the 31 other teams in the NFL.

Jacksonville managed to get the game back within two scores when Minshew scrambled into the end zone from 6 yards out, but the Lions immediately countered with another touchdown of their own. Leaning on Swift, the Lions methodically marched 75 yards in nine plays, with the rookie runner scoring from 6 yards out to cap the scoring series.

Swift finished with 116 yards on 14 carries. It was the first time the Lions had a 100-yard rusher in more than a year, when Kerryon Johnson rushed for 125 in a loss to the Chiefs in Week 4 last season.

Prater added a 41-yard field goal with a little more than eight minutes remaining before Jacksonville added a late touchdown on a pass to running back James Robinson.

The win moved the Lions to 2-3 on the season, while the Jaguars dropped to 1-5 with their fifth straight loss. 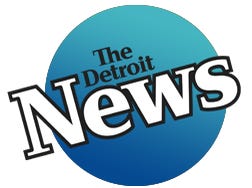