In a few years’ time, when historians look back at the global coronavirus pandemic, many may write of the special path taken by Sweden, which called on citizens to be responsible for their own actions, and which cost many elderly Swedes their lives. No doubt much focus will also be put on the US, which leads the world in both numbers of infections and deaths, something that may well cost President Donald Trump his re-election. Another chapter may then focus on the country with the world’s longest lockdown: Argentina. The enforced quarantine, though justified, has had devastating consequences for Argentine citizens.

160 days of quarantine and counting

Argentina’s first positive COVID-19 test was registered in Buenos Aires on March 3. The infected individual was a man returning from Milan, Italy. Four days later, Argentina’s Ministry of Health confirmed the country’s first coronavirus death — which was also the first in South America.

Just over two weeks later, on March 20, a national lockdown went into effect. That was the last time — 160 days ago — residents in the metropolitan Buenos Aires area, the country’s coronavirus epicenter, were allowed to leave their homes for any other reason than to buy groceries or medicine. Now, many frustrated Argentines are asking: “What is worse, the illness or the cure?”

“According to a study conducted by the psychology department at the University of Buenos Aires, two-in-three Argentines are having serious trouble sleeping,” says Rosendo Fraga. Whether that is a direct result of the lockdown cannot be said, but Fraga knows one thing for sure: “The middle class is rebelling but the poor tend to fall into deep depression.”

Fraga heads a Buenos Aires-based think tank that has spent years analyzing Argentina’s political and economic troubles. Those are subjects that keep the political analyst more than busy in normal times but now more people than ever are calling him to find out how the lockdown is affecting society as well.

“People are at the end of their ropes, they are in trouble and they just cannot go on any longer. President Alberto Fernandez’s government simply underestimated the psychological damage such a long period of isolation would have on people,” says Fraga.

But the problems don’t end with sleeplessness. Diagnoses of depression are five times higher than before the pandemic, too. Half of all Argentines say they have not exercised since the shutdown began and half also say they are drinking more alcohol than before. Six-in-ten Argentines say they have gained weight during lockdown and the consumption of cigarettes, illegal drugs and psychiatric medicine have all risen dramatically.

A birthday party alone at home rather than with friends

While Buenos Aires leads the world for longest lockdown, one man, Ezequiel Fuentes has been at it longer still: “My company ordered me to work from home a week before the lockdown was put in place,” says Fuentes. The young family father has been at home in the family apartment he shares with wife Maria and son Benito in the northern Buenos Aires suburb of Saavedra for 167 days. 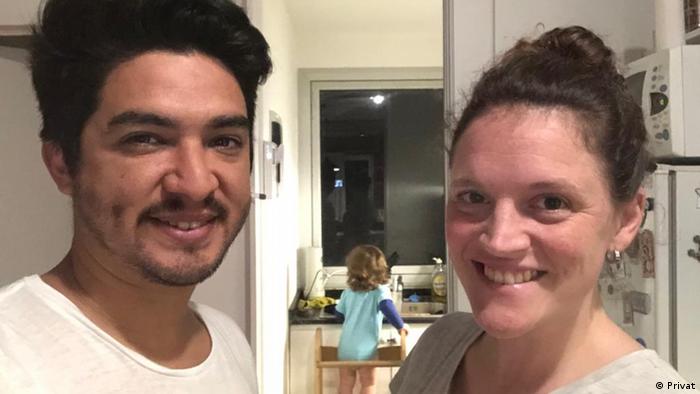 “We drink more alcohol than we used to, way more,” says Fuentes, who celebrated his 40th birthday at home with his wife and son rather than with a large group of family and friends. “At first we thought we would try to live healthy and keep up on sports and exercise. But then we thought, ‘if we’re locked inside let’s at least try to live it it up as much as possible.'”

Argentines have had to do without hugs and kisses, family parties, grilling with friends — things that are part of their DNA — for months. Fuentes says that is difficult but he feels even more sorry for his young son who is spending his toddler days in front of a television screen: “Benito is a year and a half old and has spent almost a third of his life in quarantine. It’s really tough.”

“I’m not obsessed with quarantine. I’m obsessed with the health of Argentines,” President Alberto Fernandez pledged in defending the tenth extension of the country’s lockdown, which will last until August 30. Fernandez is faced with the impossible task of helping Argentines as the number of infections and deaths climb despite rigid safety restrictions. On Monday, the country registered nearly 9,000 new infections and 382 deaths, the highest numbers since the crisis began.

Conditions for viral transmission are ideal in Argentina: Many citizens are poor, so they live in close quarters, meaning they cannot maintain safe social distancing; those working low-wage jobs to feed their families ignore rules anyhow; and the virus arrived as the country entered winter. 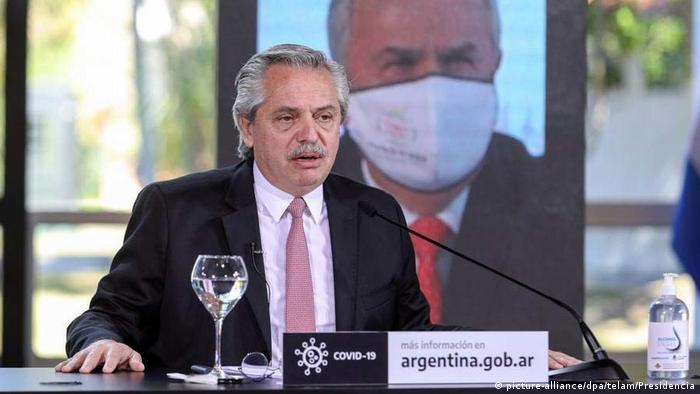 “The situation is extremely difficult for the government,” explains Rosendo Fraga. “The pandemic is reaching its zenith at exactly the same time people are saying they are sick of being locked up.” If Fernandez were to relax rules for a few days, infection rates would once again skyrocket (Argentina has already registered 360,000 infections and 7,500 deaths) but if he extends quarantine again the people may revolt.

When Fernandez banned family get-togethers and parties with friends in early August, people had had enough. On August 17, a national holiday celebrating freedom fighter Jose de San Martin, thousands of angry Argentines took to the streets in protest. Argentina may have more psychologists than any other country in the world — nevertheless, people there are at their wit’s end.

Many are at a loss because they have either already been fired or they fear losing their jobs sometime soon. “Unemployment and poverty have risen dramatically,” according to Fraga. The country’s economy is in free fall and more than 42,000 small and medium-sized business have gone bankrupt since March. This is all taking place against the backdrop of Argentina barely dodging a bullet on its own state bankruptcy — the ninth in its history. It is estimated that six-in-ten Argentines will be living in poverty by the end of the year. 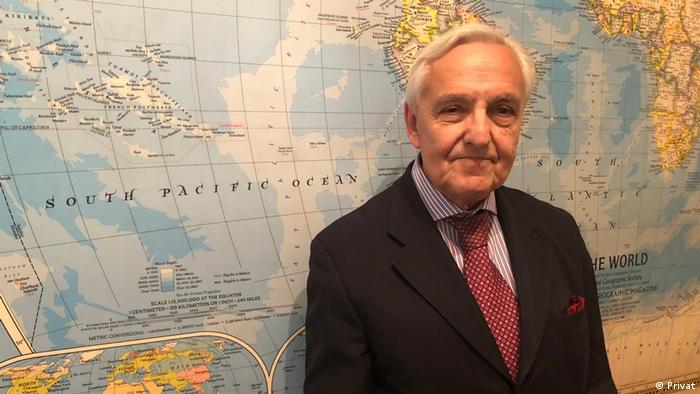 Political scientist Fraga says, “The government has lost a lot of voter support because of the way it handled the coronavirus pandemic.” Much of that, he says, has to do with the way the government has communicated the situation to the people. “When the lockdown began on March 20, they told us the worst would be over in April. Then they said it would be May, then June, then July. When Fernandez announced the latest extension he said the high point would come in September.”

Now, Argentina, which had long been among those countries with the best handle on the coronavirus, has surpassed Sweden in numbers of infections and deaths — despite its strict lockdown measures. Rosendo Fraga sees dark days ahead: “Argentina has long been famous for its inability to learn from past mistakes in order to avoid repeating them. That may change with the coronavirus pandemic, but it would astonish me if it did.”